Opening reception on 10 March, from 6pm-9pm

¡Lo Carnavalesco! examines specific relation to power, time, the sacred and the profane. Based on the possiblities offered by the ritual of Carnival, which offers temporary forms of social organization, or a suspension of everyday relations where new identities can be temporarily expressed and re-formed.

The cathartic, humorous, ritualistic and emancipatory moments of Carnival is common to the development of many societies – combining primitive energies with the most elaborate forms of visual display, ranging from the spontaneous to the sophisticated. Carnival is today usually attributed to the festivities taking place each year in Brazil, but the idea and practice of Carnival goes beyond a particular region, and can be seen as a metaphor for individual expression meeting with a collective movement.

The carnivalesque from which this exhibition derives its title is a concept developed by theorist Annette Michelson when describing Andy Warhol’s Factory, based on fluid, inclusive structures that to a degree, dissolve the relations to Fordist production that the name “the Factory” could presuppose:

“The time of carnivalistic representation is that of the undifferentiated distention. The carnivalistic Factory constructed, enclosed within a world where time is indeed money, suspended, annulled, in turn, the spatio-temporality of productivity’s ratio. Carnival time is indeed expended, not clocked or measured. Day and night succeeded each other in scarcely visible sequence within the tin-foiled precinct of the old Factory, and this was fundamental to the sense in which its production had introduced a rupture within filmic practice, as well.”i

Carnival has, as Mikhail Bakhtin puts it, “worked out an entire language of symbolic concretely sensuous forms – from large, and complex mass actions to individual gestures.” And as “theatrical representation, it abolishes the dividing line between performers and spectators, since everyone becomes an active participant and everyone communes in the carnival act, which is neither contemplated nor, strictly speaking, performed; it is lived.”ii 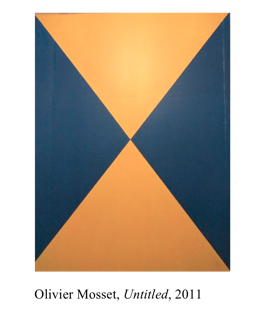 Bakhtin also describes the moment when power inverts its structures within the moment of the Carnival, where the fool becomes king for a day, mimicking the crowning and de-crowning of the self. Within the adoption of new social personae – or the hyperbolic representation of existing personae, the obligations of the daily self and its anxieties are de-sublimated in a wave of social ubiquity. The carnival is also a moment when individual identities combine within a collective moment, where the usual tensions in discursive production between the self and the group tend to dissolve in a form of libidinal simultaneity.

There is also something of the carnivalesque in the spontaneous and semi-organized reunion of individuals on a plaza or the street or any public site. The Carnivalesque is both semi-organized and improvised. It is the accepted form of unleashing of social energies by the state but also a reminder of the power of the masses. It becomes a model that is not irrelevant to some of the recent reformist movements in Egypt and North Africa to the flash mobs within streets around the world. The libidinal energy deployed in most social movements and gatherings, like carnival, be considered the ultimate new social monument. Like a social mandala, it subsequently dissolves and re-forms as ephemeral patrimony where expression is temporarily allowed, where identities shift and mingle, and where time is no longer just about money.

These thematics are an opportunity for an exhibition of over 30 renown artists who have worked in Mexico, the USA, and Brazil. A new color publication will accompany the exhibition designed by graphic designer Marie Lusa, based in Zurich, Switzerland published by Mycellium Ingenium. The publication will be bilingual English and Spanish. 22 x 33 cm, color, 64 pages. It will include new texts commissions by Mariana Botey and curators and anthropologists working in Mexico. The Mexico City project is produced by Mycellium Ingenium Adriana Martinez, Carlos Camacho Davalos and Santiago Garfias Turok. For press questions please write to Yolanda Morales, ymorales@cmcomunicacion.com.mx, + 52 50046140, or write to info@mycelliumart.com.

BACAYORK is a trans-cultural project initiated in December 2010 involving artists and cultural producers that have as a shared interest the cities and regions of Bahia, Brazil; Cuernavaca, Mexico, Mexico D.F. and New York, USA. These artists have actively engaged with artists living and working in these regions or have taken these areas as sources of inspiration for their work.

The first edition of BACAYORK took place at the Jardin Borda, under the auspices of the Cultural Institute of Morelos. It involved approximately 20 artists, filmmakers and cultural producers who ignited conversations and exchanges between Bahia, Cuernavaca and New York.

BACAYORK is the initiative of Gobi Stromberg, and artist Cisco Jimenez with Sarina Basta as chief curator and artistic director. It is currently supported by the cultural and anthropological organization Tonaltzintli as well as Kunstverein NY.

i Annette Michelson “Where is Your Rupture?’ Mass Culture and the Gesamtkunstwerk. Andy Warhol, October, MIT Press, p. 105.