AN EXHIBITION IN YOUR MOUTH by Ben Kinmont 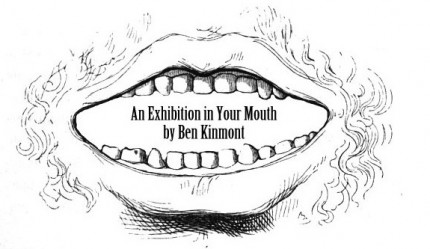 AN EXHIBITION IN YOUR MOUTH, is a project by Ben Kinmont in collaboration with chef Ignacio Mattos of Isa, presenting ten artist-written recipes from 1931 to 2009. This project inserts itself in Kunstverein NY’s interest in exploring different types of audience participation and forms of authorship. organized by Kunstverein NY for Performa 11, in conjunction with the exhibition PROSPECTUS: NEW YORK, at the Fales Library, New York. 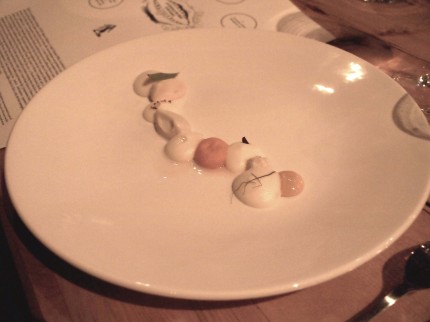 The dinner is organized around a seven course menu.  Recipes offered range from a tactile and perfumed Futurist dish, to cheeses based on Sol Lewitt’s Forms derived from a cube. Other recipes include a cucumber salad by Louise Bourgeois (1977), a steak tartare by Marcel Duchamp (1961), Basque Bass from Gordon Matta-Clark’s restaurant Food (1971), Clouds by Geoff Hendricks (1969), Toffee Pinecones by Salvatore Dali (1973), Fig Pervert by Philip Corner (1965), and two recipes from the first monograph on ice cream — Emy’s L’Art de bien faire les glaces d’office, Paris: 1768. 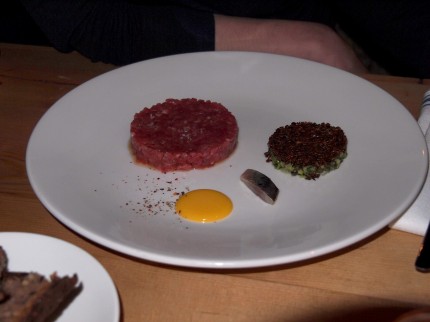 “From musical compositions to recipes to instruction pieces, people have been sharing their making, meaning, and authorship with others.  When a pianist follows a score, a chef cooks a dish, or a person follows an instruction piece, variations and interpretations are made and shared.  In this way a sound, a taste, or an idea is passed on, appreciated and yet also changed by this new maker, perhaps with new instruments and ingredients and within a new context.  Whether the others involved are an audience, those around the table, or visitors to a museum, this experience takes on a broader meaning due to its place in a progression, an atemporal community of makers connected through their consideration of a given idea.  But by acknowledging these other composers, chefs, and artists who have worked with the idea before, we can see authorship as residing in a multitude of makers and participants and, perhaps, from this loosening of the idea of the single author, we can better get to the content of the work at hand.  Perhaps this will make it is easier to say, sit back and enjoy the show, enjoy the meal, enjoy the idea we are passing on.” Ben Kinmont 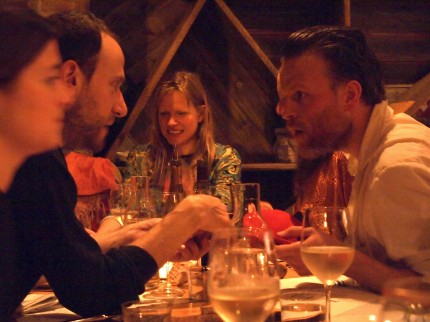 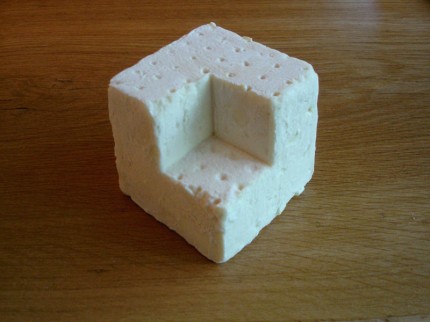 About AN EXHIBITION IN YOUR MOUTH…
Originally organized by Kinmont for the Fonds Régional d’Art Contemporain (FRAC) Montpellier in 2002, AN EXHIBITION IN YOUR MOUTH previously took place in spring 2011 at the Stedelijk museum as part of Kinmont’s PROSPECTUS: AMSTERDAM exhibition at Kunstverein Amsterdam.  In 2009 Kinmont organized another recipe project entitled On becoming something else with the Centre Pompidou and several restaurants in and around Paris, including Le Chateaubriand (chef Inaki Aizpitarte), L’Arpège (chef Alain Passard), Le Baratin (chef Raquel Caréna), and Le Comptoir du Relais (chef Yves Camdeborde).

Included in the cost of the ticket is a special project menu designed by Kinmont and printed by Antinomian Press.

Special thanks to the restaurant Isa, and to Ignacio Mattos and Taavo Somer for their involvement in the project as well as Nicholas Boulard for his contribution.

Made possible in part by the Richard J. Massey Foundation for Arts and Sciences.

About Performa…
Performa 11 (November 1–21, 2011) is the fourth edition of the internationally acclaimed biennial of new visual art performance presented by Performa – the leading organization dedicated to exploring the critical role of live performance in the history of twentieth-century art, and to encouraging new directions in performance for the twenty-first century. www.performa-arts.org