Kunstverein NY is pleased to announce a new website, including an online Documents residency, and a News section intervened by poet Todd Colby. 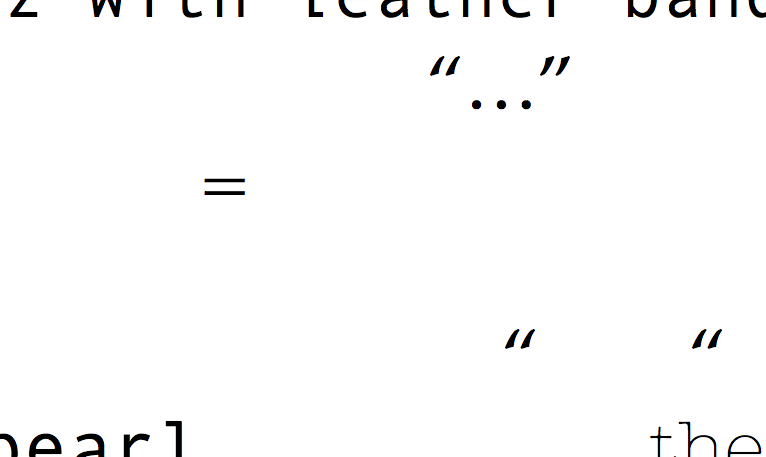 Documents will be guest edited by a different individual or group for set duration, in the style of an online residency. Some materials will have been previously published in print, other works will be conceived specifically for the website. Documents references George Bataille’s publication of the same name, a crossover between anthropology and philosophy in a spirit of dissident surrealism.

Poet Roger van Voorhees, inaugural resident in Documents, will add materials in sequence over the course of two months, coinciding with a series of performances and readings he has organized at New York’s Emily Harvey Foundation. Using the Dickensian serial publication method, van Voorhees will upload text, image and sound pieces by both himself, and by an intergenerational group of artists and writers collaboratively over the duration of the residency. In May, Ashley Rawlings and White Zinfandel magazine will take up the Documents residency.

Also in Documents, permanent columns include postings by Carson Salter, The Shipping Forecast by Sarah Françoise, and re-published literary and visual interventions recommended by the Kunstverein NY community.

The new Kunstverien NY website was designed by Goda Budvytyte and Simone Koller, developed by Gregory Fong, and coordinated by Carson Salter. Documents and @kunstvereinNY is curated and edited by Kunstverien NY.

Todd Colby has published four books of poetry: Ripsnort, Cush, Riot in the Charm Factory: New and Selected Writings, and Tremble & Shine, all published by Soft Skull Press. He was also the editor of the poetry anthology Heights of the Marvelous: A New York Anthology (St. Martin’s Press). Colby, also a visual artist and performer, has been broadcast nationally on PBS, MTV and NPR for Garrison Keillor’s Writer’s Almanac. He was the lead singer for the critically-acclaimed band Drunken Boat. Todd is a frequent collaborator with artist Marianne Vitale, and art collective Kunstverein. His books and paintings with the artist David Lantow can be seen in the Brooklyn Museum of Art and The Museum of Modern Art special collections libraries. Colby serves on the Board of Directors for The Poetry Project, where he teaches poetry workshops. He also serves on the Editorial Board of LungFull! Magazine and is a contributing editor for Cousin Corrine’s Reminder. Colby has been invited to read at The Poetry Project, Bowery Poetry Club, The Rubin Museum, New York University, The New School for Social Research, Brooklyn Public Library, Cornell University, The Kingston Writers Conference, The Whitney Museum of American Art, PS 122, and more. He posts new work on gleefarm.blogspot.com.

Roger van Voorhees is a poet in New York City. He recently collaborated with Ben Morgan-Cleveland and Dena Yago on staging a 2 Hour non-sculpture, which set the atmosphere and mood for a poetry reading by Steve Benson and a performance by Raha Raissnia and Aki Onda. The night was referred to as “AND UP PEARS L THE S.” Last spring he curated “Tax Day News & Smoke,” an exhibition presented as a poem ancillary to the exhibition: and to the poem. He has published works in journals such as: Gerry Mulligan, Maggy, and Jacket Magazine, among others.

Sarah Françoise is a writer and translator based in Brooklyn, NY. She has served as a Literary Manager for Theatre Writing Partnership, as well as a dramaturg and editor to playwrights both emerging and established. She has taught playwriting in the UK, has just finished writing her first novel, and is French-English translator for Vice Magazine. A theater director, film writer, and film producer, most recently Sarah has collaborated with James Hook on Vacationland (2011), starring Karen Black.

Kunstverein NY is an international platform for exhibitions, discussions, and the circulation of ideas. By the invitation of Krist Gruijthuijsen and Maxine Kopsa, founders of Kunstverein based in Amsterdam, the New York chapter joins her sisters (Amsterdam & Milan) in an open dialogue with artists, curators, writers, and theorists working worldwide, and is dedicated to fostering new strategies of display and representation.