ATTENTION LABS: THE WORK OF ART IN A STORED CONDITION 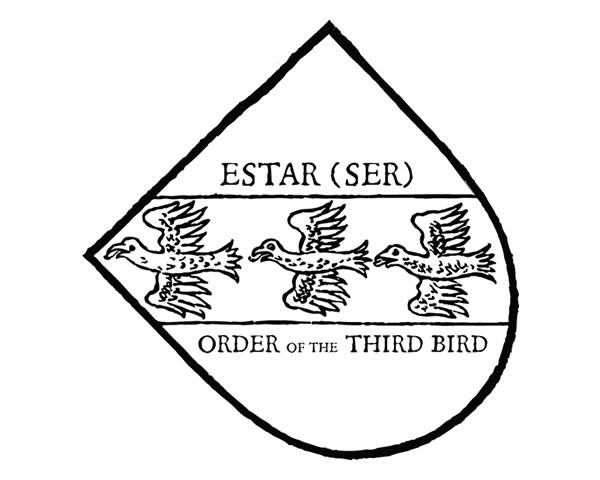 The Work of Art in a Stored Condition: An Exhibition of the Collection of the Emily Harvey Foundation, featuring Protocols for a Coordinated Action of “Practical Aesthesis” (including Temporary Metempsychotic Exercises, Episodes of Sustained Collective Attention, and, generally, Diligent Efforts to Air a Collection Not Often Seen) presented by Individuals Having Some Knowledge of the Rites and Rituals of the Order of the Third Bird.

Members of the public are cordially invited to visit the Emily Harvey Foundation any time between the hours of 2:30 PM and 5:30 PM on Sunday April 15, for the pleasure of viewing rarely seen works from the collection. A selection of such pieces will be individually unveiled, attended on, and installed in an experimental protocol of Practical Aesthesis developed by a group exploring the methods and philosophies of sustained attention peculiar to The Order of the Third Bird. The public is encouraged to join with the experimenters in offering their generous attention to the works in question. 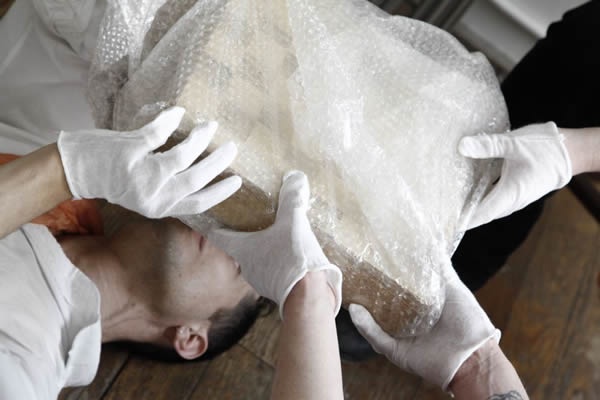 The Order of the Third Bird

There remains some confusion about the history and practices of the body known as The Order of the Third Bird, but evidence points to its having been for some time a network of cell-like groups that engage in ritualized forms of sustained attention to works of art. The canons of secrecy around these activities—their structure and purposes—have traditionally been sufficiently restrictive as to leave some doubt as to whether any individual profession knowledge of the Order could in fact be genuinely associated therewith.

With special thanks to The Emily Harvey Foundation, The Mellon Foundation, and Kunstverein NY.